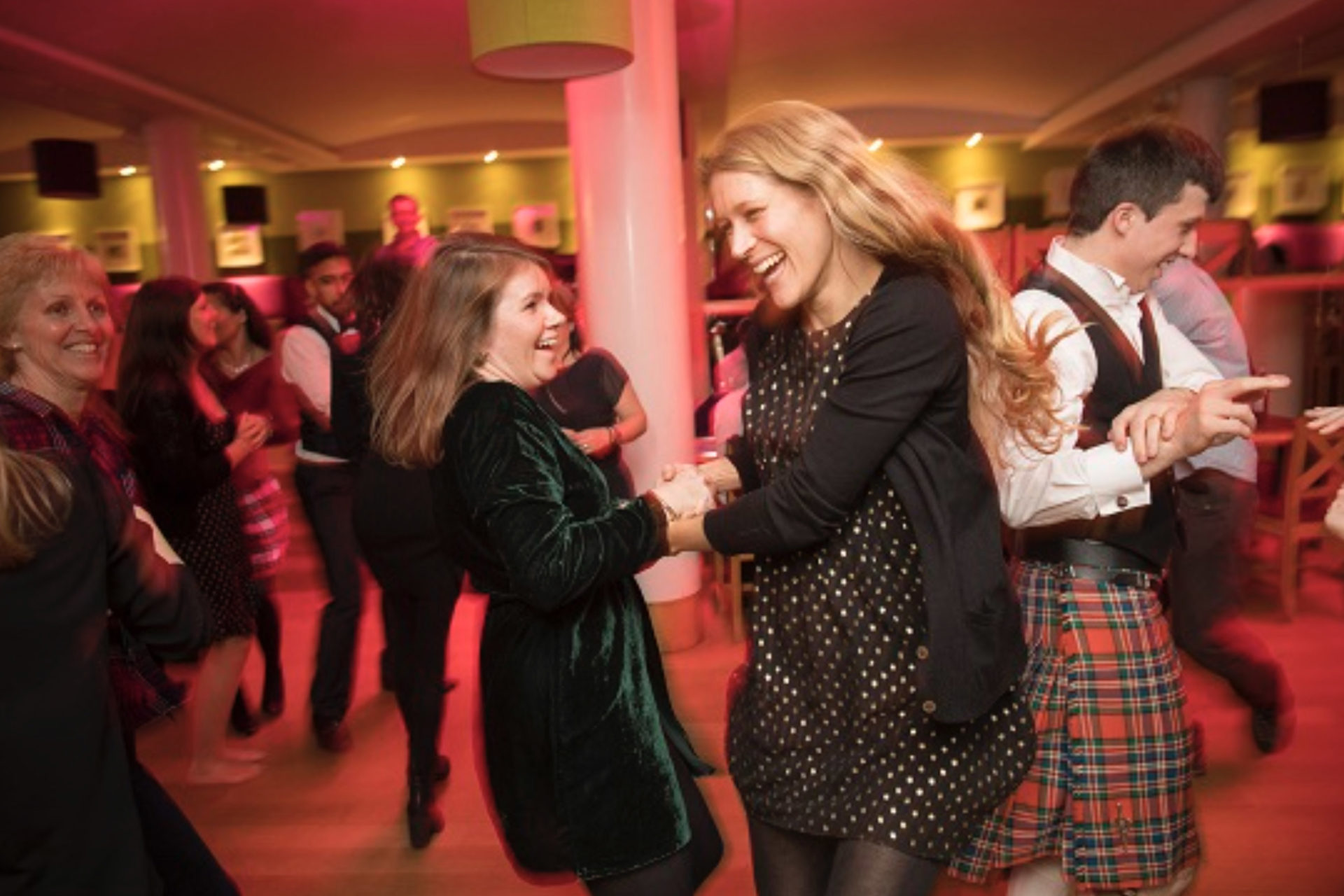 This year, Burns Night falls on Saturday 25th January, so raise a glass and your spirits, and party like our national poet

Where to go for

Party spirit
THE SCOTTISH CAFÉ & RESTAURANT
The Mound, Edinburgh, contini.com
If you want to get your glad rags on and get dancing,Burns Night at TheScottish Café is the place to be. For three nights leading up to and including Burns Night itself, a traditional three-course supper including the piping in of the haggis is followed by a full-on ceilidh courtesy of Shenanigans. Tickets are £50 each.

Traditional flavour
THE ABBOTSFORD
3-5 Rose St, Edinburgh, theabbotsford.com
End a wander along Red, Red Rose Street, the annual celebration of the bard that takes over this area in January, with a proper Burns Supper at The Abbotsford. Quietly celebrating proper Scottish cooking, the upstairs restaurant offers the best haggis, neeps and tatties you’ll find anywhere.

An explosive evening
HOLYROOD DISTILLERY
19 St Leonard’s Lane, Edinburgh, holyrooddistillery.co.uk
Set at the foot of an extinct volcano, Holyrood Distillery’s Burns Night promises ambience and plenty of the amber nectar. Sample all four of the whiskies in the Holyrood Spirit Merchant range paired with traditional food, then move on to the bar for the folk stylings of the Sandy Brechin band. Tickets are £50 each.

Fine dining
HOTEL DU VIN
11 Bristo Pl, Edinburgh, hotelduvin.com
Details are limited on Hotel DuVin’s Burns Supper, but in previous years it’s included a whisky cocktail on arrival followed by a traditional three-course meal served with half a bottle of wine. The haggis will be addressed and there will be lots of other Burns Night traditions to get your teeth into.

Early celebrations
INNIS & GUNN BREWERY TAPROOM
81-83 Lothian Rd, Edinburgh, innisandgunn.com
If you can’t celebrate on the 25th, book yourself into Innis & Gunn’s epic showdown of beer versus whisky on the 16th. Guests will get four haggis dishes, four halves of Innis & Gunn’s finest, and four whiskies or whisky cocktails from Highland Park. Everyone scores each round and the winner is declared at the end of the night. Tickets are £25 each.

Where to go for:

Vegan poetry
ARTA
62 Albion St, arta.co.uk
Think you’re the best haggis addresser around? Then enter Arta’s Burns Night open mic competition and try to take home the trophy. Alongside the entrants offering up songs, original poetry and recitals, there will also be a vegan buffet. Tickets are £25.

A week-long party
THE FINNIESTON
1125 Argyle St, Glasgow, thefinniestonbar.com
Unsatisfied with a single night, The Finnieston is giving the bard a proper week’s knees up, with offers on whisky flights and traditional Burns Night food specialities. Whisky flights start from £12.50, food prices to be confirmed.

Painting the town
ÒRAN MÓR
Byres Road, oran-mor.co.uk
Join BAFTA-award winning actor Iain Robertson in Òran Mór’s auditorium for an evening celebrating Burns in raucous style. Guests will be piped in and welcomed with a dram followed by a three-course dinner and entertainment. Tickets are £45.

The mice to play
RADISSON RED
Finnieston Quay, Glasgow, radissonhotels.com
Radisson RED are teaming up with Timorous Beastie to offer an evening of whisky tasting, live entertainment and a four-course tasting menu. The dishes on offer have a modern twist – for example,
cullen skink is deconstructed into a haddock croquette, confit potato and a leek velouté. Tickets are £35.

Chantin’ and reelin’
THE UBIQUITOUS CHIP
12 Ashton Ln, Glasgow, ubiquitouschip.co.uk
The Chip’s Burns Suppers are legendary, and this year’s no exception. Expect a modern take on the bard, alongside delicious food, dancing and lashings (and lashings) of whisky.

Foodies Magazine is Scotland's monthly food and drink magazine, packed with packed with inspirational recipes, celebrity chef interviews, all the latest news from the world of food and drink, restaurant reviews and new openings, competitions and offer, seasonal inspiration, whats on guide and home interiors.

This website uses cookies to improve your experience. We'll assume you're ok with this, but you can opt-out if you wish. Accept Read More